Activites and Information on the solar system for kids in 3rd to 8th grade. 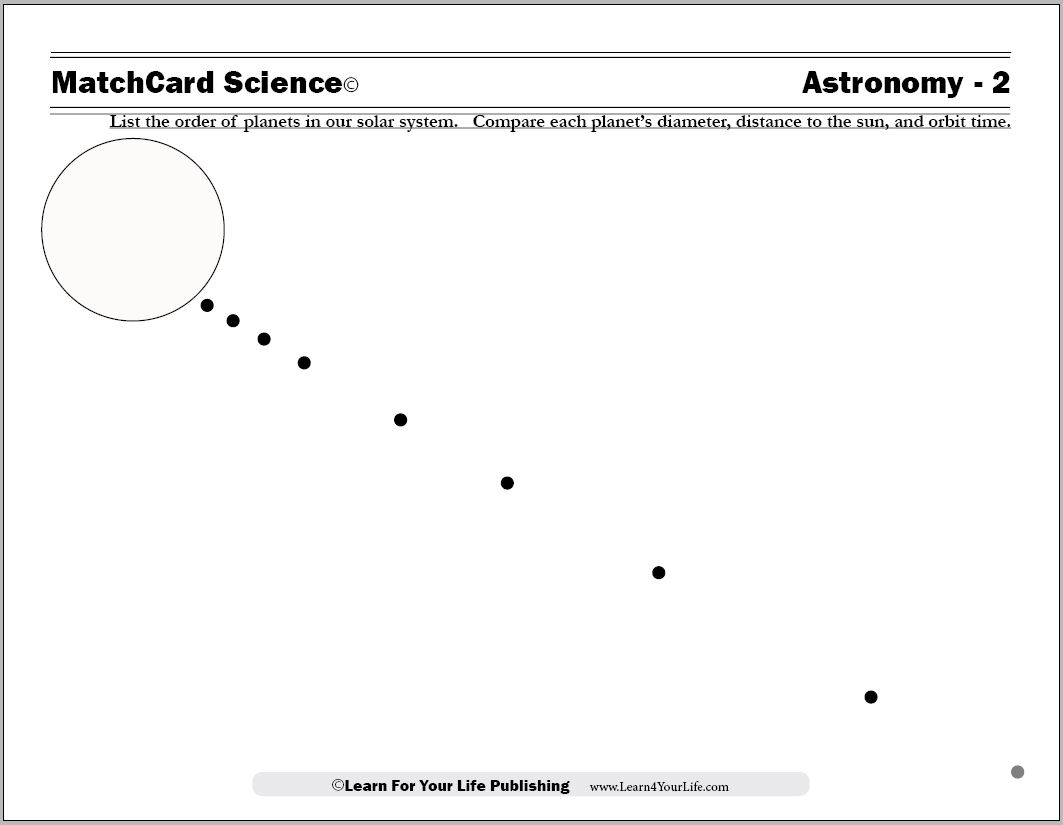 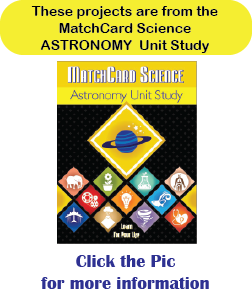 The Solar System MatchCard Objective: List the order of planets in our solar system. Compare each planet's diameter, distance to the sun, and orbit time.

MatchCard Information Pieces identify the order of the planets and their size, orbit time, and distance from the sun.

Download and Use the Earth's Rotation and Revolution MatchCard

This is MatchCard #2 of the Astronomy Unit Study. Find more information on MatchCard Science below.


Learning Activities on the Solar System for Kids

Unlike other lessons where the written material comes after hands-on activities, here we will start with some of the printed information. Give them the answer key of the Solar System MatchCard. The activities that follow will help all those large, abstract numbers make sense.

By the way, you or your student(s) may wonder why the diagram of the planets is tilted on the page. That is simply to give more space between the larger planets and show the distance between the outer planets. But even with the diagrams on a tilt, it doesn't come close to being on scale. They will see why with the activities below.

One of our first activities is to name the eight planets. Perhaps we should say current planets. Of course, that brings us to the subject of Pluto. See the link on the bottom of this page for more information on Pluto and what, exactly, a planet is.

The old neumonic to remember the nine planets was: My Very Eager Mother Just Served Us Nine Pizzas The planets, of course, are: With the removal of Pluto from our list of planets, that has been changed to:

For this activity the student will cut out a drawing of each planet, with emphasis on the size. We will let 1000 kilometers equal 1 centimeter.

Warning: You are going to need poster board, large brown paper, wrapping paper, old vinyl table cloth or another large surface area to represent Jupiter and Saturn. If you do not have this, see the alternative activity below.

Since Earth is our home planet, start by making Earth 12 centimeters in diameter. Other planets can be compared to Earth. Here are the sizes of the planets: If each 1000 miles equals a centimeter, Pluto would be a 2.3 cm (about an inch), and Jupiter would be 143 cm (about a yard and a half.)

As an alternative, you can make each 1000 kilometers equal to one milimeter. (Reminder: a milimeter is 1/10th of a centimeter and is approximately the thickness of a dime.) Pluto would be a very small dot and the Earth would be a little smaller than the circle from a hole punch. Jupiter would be about 14 centimeters. The activity isn't quite as impressive, but does give them an idea of the large and small planets.

Solar System For Kids Activity #3: Time for One Orbit

How many birthdays would you have if you lived on Mercury? You would be four times older!

Of course your students realize they have a birthday once a year, and that in one years' time the Earth has orbited the sun one time. Mercury is closer to the sun, so it goes around quicker. It's orbit is only 88 days, compared to Earth's 365 days. On the other hand, if you lived on Jupiter you would be almost 12 Earth years before you had your first birthday cake.

As you look at the length of times for these orbits, think of people you have known (or knew of) who would be having their first birthday:


How Far From the Sun?

The Earth is 150,000,000 kilometers from the sun. This is also called 1 Astronomical Unit. Let's see how many astronomical units the other planets are.

Below is the list of distances from the sun to each of the planets. We listed the approximate (and rounded off) AU's on the chart above. You may wish to have them figure the exact AU's with their calculators.

Use your front door or some other location as the starting point. It can be the sun. Then using one foot to represent one AU, let them mark where each planet would be. You will need a large yard to complete this. (Or how about a trip to the park?)

Kids Activity #4: Whose Got the Moons?

Is this statement true?

The bigger you are, the more moons you get?

The number of moons known for each planet does change as larger and better telescopes enable astronomers to learn more. Here is what is known at this time:


Hey! What About Pluto

We were hoping you would ask. We have an entire lesson on the definition of a planet and the controversy over the status of Pluto. 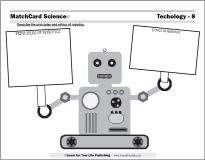 MatchCards make science concepts and corresponding vocabulary interactive. As students move the information pieces on the MatchCards they review the material they have already learned.

Download the FREE MatchCard Science Instructor's Guide and see how MatchCards can make building their science knowledge base fun. 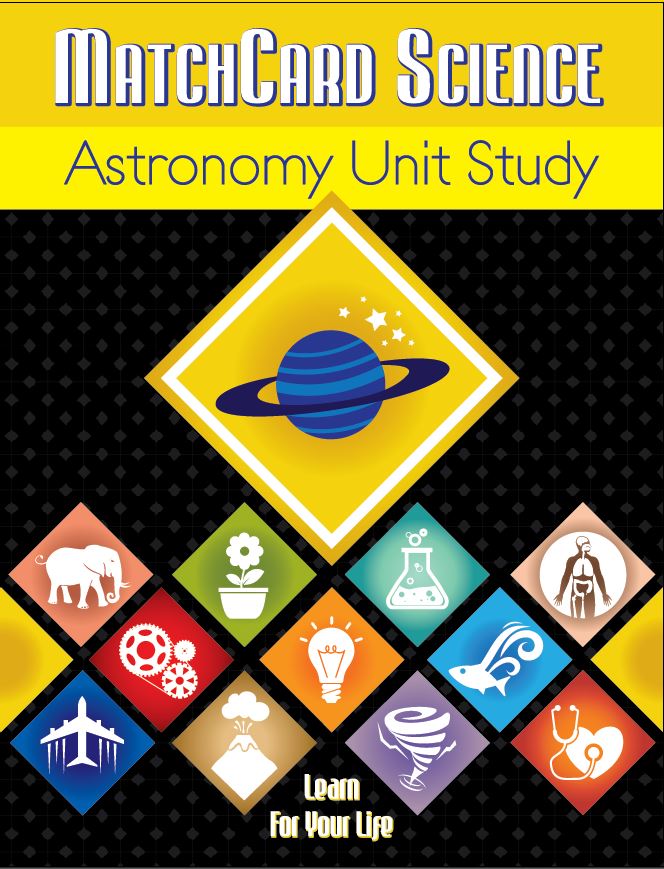 Your budding astronomers will learn how to track the great celestial bodies across the night sky. From the sun and moon, to stars and galaxies, worlds of wonder are waiting to be explored.

Explore the universe with the MatchCard Science Astronomy Unit Study..

Chemistry is only one of twelve complete unit studies for kids in 3rd to 8th grade.

Ready To Use Resources 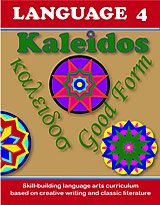 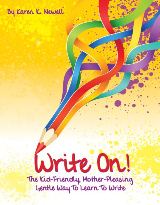 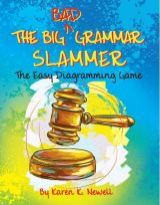 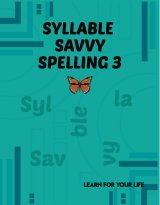 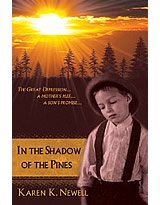 In the Shadow of the Pines 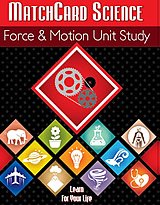 Top of This Page

Our Site At A Glance